Jia Patel (Miss South Carolina Jr. Pre-Teen) spent the past year proudly
fundraising with her family. She helped raise over $20,000 to build a
clean water well in her grandfather’s birth village in India. They also
used these funds to build a drinking water facility for the animals in
this very hot and dry farming village.

Jia was very grateful to have been able to take her South Carolina NAM
title to India this past December 2016 to see her fundraising efforts in
person. Jia plans to continue to promote awareness about the need for
people worldwide to have access to clean safe water.

The 2016 North Carolina Sister Queens had their names announced at the Durham Bulls Baseball Game.

National American Miss Team Georgia was busy serving their community this past weekend by preparing, packing and delivering food to children and families in need with an organization called Meals by Grace.

Books donated by Georgia NAM contestants were carefully sorted by age and hand picked to be placed in each family’s box making sure each child was given an age-appropriate book. Delivery was the highlight of the day as children and their guardians anxiously awaited the arrival of their food which will feed their family for an entire week.

Some children even received birthday cakes to celebrate their birthdays in the upcoming week. It was a day of blessings for everyone involved and these amazing young ladies are already looking forward to the next opportunity to serve together representing National American Miss!

As I look back on this amazing journey, I have so many people to thank.  My parents, who have been my support system, my guiding light through every year in life and with NAM, I love you and could not thank you enough.  All my supporters and sponsors through the years who have been there every year, I could not have done it without you.  Everyone who encourages me to keep moving forward toward my dreams, I will continue to make you proud.  Through my foundation in the works “Keeping Faith” I will extend my journey beyond my NAM reign and continue to serve others in need.  From Bullies 2 the rescue a Bulldog rescue organization or help to raise money for Rett Syndrome with the Ella Foard Foundation. And I will always have a special place for the Ronald McDonald house of Charlotte.  I was first introduced to RMH through NAM and have built a wonderful relationship through service.  My family and I have served the RMH several times this year but one very special night was this past Christmas Eve, my parents and two friends cooked and served dinner and dessert to everyone in the RMH. It was a very heartwarming experience. I am thankful for all I am blessed with in life, I will remember this journey forever and all the friends I have made along the way.

“In order to succeed, we must believe that we can.” 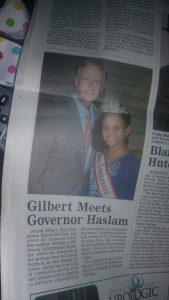 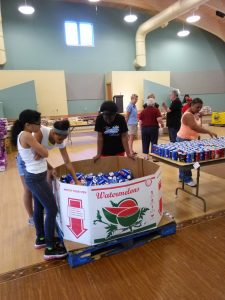 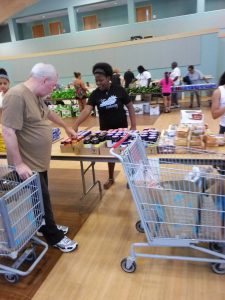 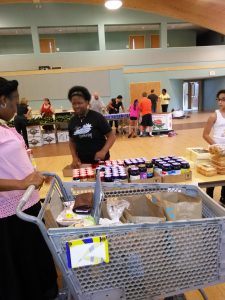 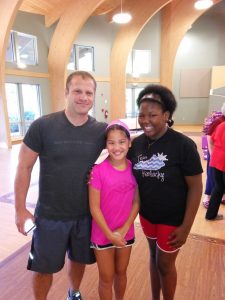 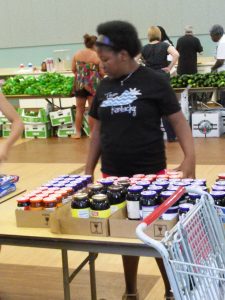 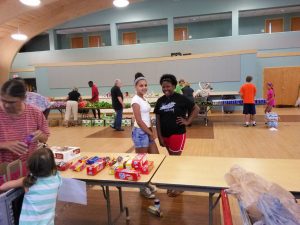 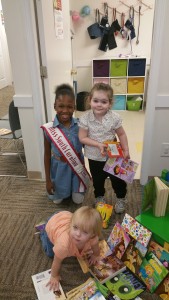 Miss South Carolina Jr. Pre-Teen Tymia McCullough collects and donates books! Tymia had been collecting book and had the opportunity to give them to her local pediatric office for the kids. While she was there it was brought to her attention that her local pediatric office did not offer books for a variety of ages, so she decided to make this her mission in giving back. Tymia was able to help children pick a book that they would like. Tymia was able to inform the staff on how important it is in helping children find a book to better their education. 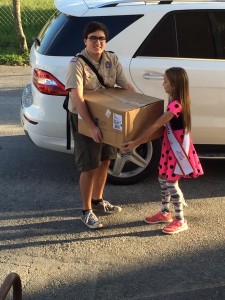 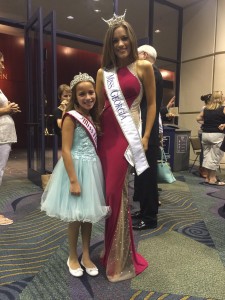 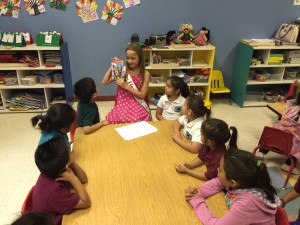 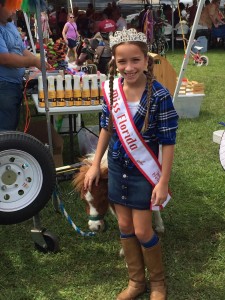 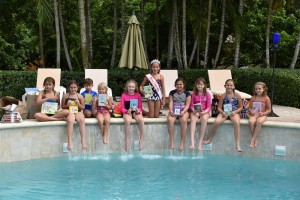 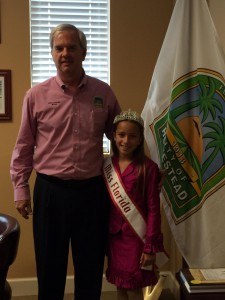 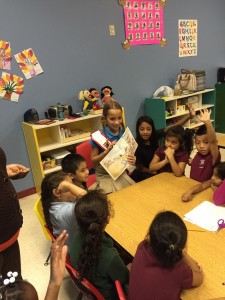 Miss Florida Jr. Pre-Teen Carla Lombardo has been busy representing National American Miss. From her appearances at Disney World to her appearance at Miss America Outstanding Teen that concluded with many pictures with the various state queens and Miss America 2014,  as well as her picture with Miss Georgia, the reigning Miss America, Carla has done her best to represent her state.

Carla has been active in activities such as Relay for Life at the local community center with senior citizens.  She donates baked goods twice weekly to the center where all proceeds go to the American Cancer Society for Relay for Life.  These funds were all raised by Carla and her leadership.  She baked when she had time and involved sponsors such as Gordon Food Services to donate boxes of cookies to sell.  We believe it was a great success!

Carla has also started her own initiative to fight illiteracy through her program that she named “readers make leaders”.  Starting with her 10th birthday where she asked for gently used or new books instead of gifts, to a large book drive at her school, she raised over 1000 books.  With the collaboration and effort of her brother, a boy scout, his troop, and their family and friends, she achieved her goal of building a small library for the children of an educational center, Tiny Kingdom in Homestead, Florida.  This was possible through “We Care of South Dade”, a non-profit organization that presented this center to her.  This center accomodates a large number of migrant farmworker’s children.  They were very much in need.  Carla reads to them for one hour once a week to get to know them better!

She also has participated in a Columbus day festival at a local farm where she appeared with Miss Homestead of the Miss America system and where she supported 4-H, a non profit organization for youth development. 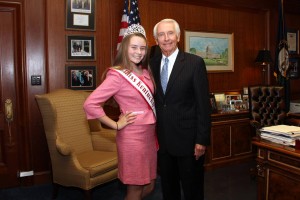 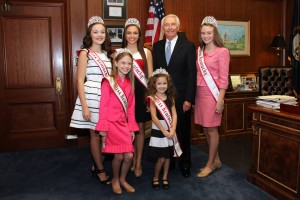